We can build a better, fairer, more agile and adaptive world by opening our hearts and minds to different thinking. In learning this way we can create and develop better relationships with ourselves and others.

Exploration, freedom and fun sit at the core of BeBright. We put experiential learning opportunities into the heart of communities. 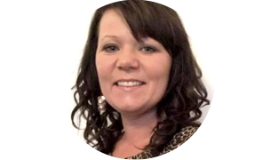 Cher has been a childcare educator for over 20 years. She heads up the BeBright Bunnies nursery and is one of the leading trainers in the BeBright Training Centre. She is also a freelance inspector for Early Years and an Early Years consultant.

During her 20 years working in childcare, Cher has worked in various childcare settings both in the UK and abroad. She spent many years working for Barnardos on (what was then) the Special Education Needs and Child Protection register.

In 2006 Cher set up and managed a successful Community Day Nursery (Oakhill), in Lewisham, London for 7 years. During this time she was awarded as ‘Manager of the Year’ award by Lewisham Council.

During this time, she became engrossed in research, looking at new and old theories and new ways to stimulate the children’s learning. She sees the benefits in a highly trained workforce and the confidence this can bring to aid educators when working with children.

Cher was invited to be a ‘Key Speaker’ at the Education Show, where she held two seminars on ‘Boys in Education’ speaking to a wide range of childcare educators.

Qualifications include Management of Quality Standards in Children’s Services, a Foundation Degree in Early Years with merit and a First Class Honours Degree in Education.

Cher has a real passion in inspiring, empowering and training others to be the best that they can be. 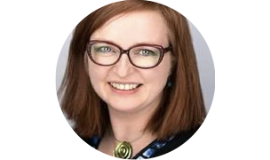 Kate has been a coach, trainer and consultant for over 17 years. collaborating with clients to create focused, tailored and relevant learning. She is accredited to coach Myers Briggs MBTi, NLP, TFT and Emotional Intelligence.

Kate joined forces with Cher Walker-Moore to create BeBright Projects, which is a nursery for children aged 6 months to 5 years and a training centre for Early Years practitioners and Entrepreneurs. Kate has delivered a TEDx talk on collaboration and Lush TV filmed a documentary about our collaborative approach to business.

Following that, she moved from journalism to explore acting. That led to stage-acting parts directed by Sir Peter Hall and Sir Richard Eyre at The National Theatre, two very different leaders.

Kate then moved into producing and prepared, pitched and won, corporate and public funding for a succession of creative ventures in film and theatre. In 2005 she concentrated solely on coaching and training and has not looked back.

She is a mother to an expressive daughter and wife to a kind and talented composer & IT specialist.

Maybe you’d like to work with us in the future?
… just follow us or subscribe using the links on this page and connect when the time is right.

Scroll back to top